Fact: Having a mental illness has nothing to do with strength, and it can’t be willed away. Think of it this way: Would you expect someone to will away their diabetes? Despite research showing how mental illness is a real medical illness, society continues to stigmatize people who have them.

Fact: People with a mental illness who receive treatment with therapy and medication can live full, enjoyable and productive lives. Some are people that are highly educated and successful have mood disorders, anxiety disorders, eating disorders or substance abuse. Many high-profile people also have struggled with mental illness, including Harrison Ford, Halle Berry and Terry Bradshaw.

Fact: Therapy is a place to process your feelings with an objective professional who will compassionately collaborate with you to process your feelings, understand yourself and your relationships, improve your thinking and clarify your work [and] life vision. Therapists train many years to become effective listeners in order to gain understanding, identify and analyze.

Fact: Therapists help you help yourself. Advice-giving creates dependency, whereas helping you discover your behavioral pattern and motives creates self-awareness. The goal of psychotherapy is to empower you with ways to deal with life issues, learn your triggers and build resiliency, so you can find well-being.

Fact: A combination of psychotherapy and medication can also be effective. There is great variance among physicians regarding training, knowledge and experience with treating mental disorders. Psychiatrists have a deeper understanding of psychotropic medication.

Fact: Mental illness can be inherited but you may never suffer the symptoms, and there are preventive measures you can take. Some of these measures include: the ability to effectively identify emotions, communicate well, cope with stress and participate in physical activities.

Fact: In fact, nearly 1 out of every 5 Americans will have a diagnosable mental disorder within their lifetimes, according to the National Institute of Mental Health.

Fact: Crazy is a generic term which is meaningless in this context. Everybody is crazy a little bit, some of the time. Having a mental disorder really doesn’t mean you’re crazy though. It just means you have a problem, similar to a medical disease, which needs treatment. Would a family member or friend think any less of you for having leukemia? Cancer? The flu? Then why should they think any less of you for having depression or anxiety? If they do, they are the ones who need education and to be more open-minded.

Most people who have a diagnosable mental disorder do not need hospitalization (also called inpatient treatment). Hospitalization is only used in extreme cases, when the problem puts you in imminent risk of dying (or causing the harm or death of another). Even if you are hospitalized for your problem, it doesn’t mean you will be there for days, weeks, or longer. Just like in the ER, you will be assessed, treated, and released as soon as you are feeling better.

Fact: Suicidal feelings are most often symptoms of depression or a related mood disorder. Feeling suicidal does not make you any more or less crazy than anybody else. Suicidal feelings go away once you begin to receive adequate care for your depression or other mood disorder. That’s why it is so tragic when people actually succeed in taking their own lives. If the person had been receiving adequate treatment, they could be alive and feeling much less depressed and suicidal.

Fact: This is a thought that goes through many people’s head, whether they’re just starting therapy for the first time or they’ve been in therapy for years. The psychotherapy relationship is an odd one, not quite replicated anywhere else in society. It is a professional relationship that will be emotionally intimate, a characteristic most people don’t have much experience with.

Most therapists get into the profession much for the same reason as most doctors or teachers do – they see it as a calling: “People are in need of help and I can help them.” Although it may not seem like that when you’re on the other side of the couch, most psychotherapists do therapy because they genuinely enjoy helping others work through life’s tough problems.

Fact: There is a whole category in the official diagnostic manual of mental disorders for children’s mental disorders, some of which are well-known, diagnosed, and treated, such as attention deficit disorder (ADHD) and autism. But in the past decade or so, some researchers and professionals are suggesting that many adult mental disorders are also possibly found (and perhaps even widespread) in children.

The debate centers around scientifically distinguishing expected, normal childhood behaviors (even when they span a wide continuum) from serious adult-like mental disorders that need their own specific treatment plan. More research is needed before a conclusion can be made.

Want to make an appointment?

Schedule an appointment now & we'll be in touch!

Have a question? Call us now.

Send us an email.

Maryland Health Alliance Inc., an Outpatient Mental Health Practice designed to serve the community and provide the personal growth and development for individuals and families.

We provide culturally proficient services that empower individuals but also encourage the community to make a long term investment in itself. 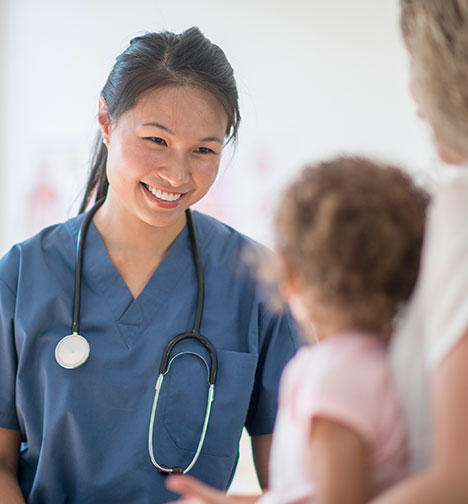 Contact us any suitable way and make an appointment with the doctor whose help you need! Visit us at the scheduled time